Post hardcore band – and pioneers of the emo/screamo genre – Emery, is celebrating the 10 year anniversary of their monumental album The Question. Last week Emery also released their latest album, You Were Never Alone.

In the time between these albums the band has released three full length records, worked on other music projects, and founded BadChristian: a community that includes a record label, podcast, and blog.

To get myself in the Emery mindset before spinning YWNA, I listened to their 2004 release The Weak’s End and The Question. One thing music fans often say is “I prefer their old stuff” or “I stopped listening after such-and-such album.” Emery has to be the exception. You can put You Were Never Alone next to any of their older albums and not only does it hold up, but even outshines them as the band’s best release.

The Emery guys are still in fine fighting form: the songs are packed with intensity, earnest lyrics, and they’ve perfected the loud/soft sing/scream balance.

A great example of that symbiosis is found in “What’s Stopping You,”  with its wicked vocal layering. It’s almost all clean vocals, but the song builds to a punishing vocal attack as the song climaxes before another wave of the silky cleans comes in to usher the song out. Another is “Thrash,” which is certainly the heaviest song on this album – maybe one of Emery’s heaviest. This rager slows down near the end, becoming a smooth crooning jam. If your grandma walked in for that part of the track she’d think you’d thrown in one of her nice Michael Buble CD’s.

“The Less You Say” is very musically interesting, and actually has no screams. “Go Wrong Young Man” has some super cool guitar work, and is one of Emery’s most eclectic songs: it feels like a three act play stuffed into a track that runs under three minutes long. The heavy vocals are vicious, and I just can’t get enough of this song because it is fascinating to me every time. “To The Deep” leans more towards pop punk, where “Salvatore Wrytha” takes a few cues from the metalcore world.

You Were Never Alone showcases the band’s ability to take songs in unexpected directions, combine elements from numerous influences, and pack it all into one cohesive album.

The Devin/Toby vocal combo is better than ever. These dudes are definitely at the head of the pack in the singing-screaming style that has become a staple of the scene. Emery still stands apart and doesn’t fall into blending into a genre they unwittingly helped to create. The songs are fueled by melody and compelling lyrics. You Were Never Alone proves Emery to still be at the forefront of the genre, delivering an invigorating and engaging album that is their best work to date.

To learn about the writing process behind each of the songs, check out the Break it Down Podcast.

You can also watch a new music video for each of the songs on the album on Emery’s YouTube Channel. 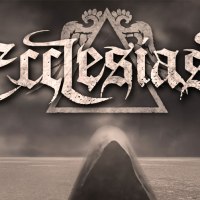 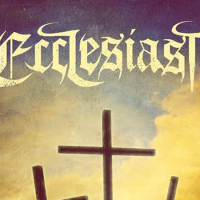