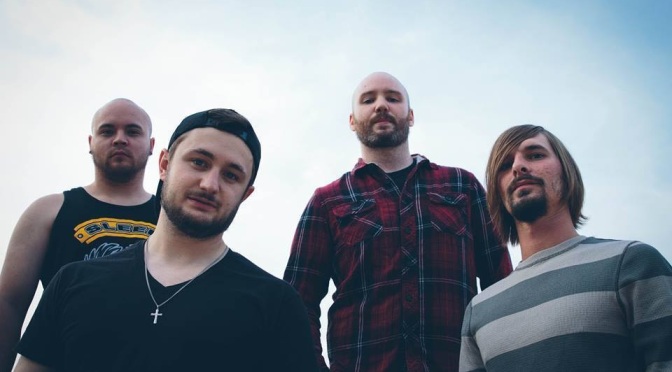 Arms For Elephants (post-hardcore out of Minneapolis, MN) has just announced the release date of their full-length debut, My Judas Scene, set for September 21st.

The band released a 2014 EP titled Identities, and has only continued to gain momentum, hitting the road on several tours and preparing for the new album.

Fans of Emery, Silverstein, Underoath, etc. who like the sing/scream, loud/soft dynamic will seriously dig this band. Check out the lyric video for the single, “The Laws That Guide My Feet,” below.

“We chose “The Laws That Guide My Feet” to be our first single because it captures so many elements of our sound in just a few fleeting measures. Lyrically, the song exhibits multiple voices/characters at various points. Instrumentally it’s one of our more complex songs, and yet remains tethered to one simple hook in the chorus.“

Along with the album’s release this September, we can look forward to a music video for “The Laws That Guide My Feet,” directed by HM Magazine’s Kyle Lehman.

If you pre-order a physical copy of My Judas Scene on the group’s Bandcamp page or  iTunes, you will instantly receive three free tracks.

Keep up with Arms For Elephants on: