A while back I came across Bandcamp compilations with a huge array of metal, deathcore, and grind tracks from Christian artists. The compilations were simply titled Christian Deathcore. These collections were a fantastic introduction to a ton of slamming bands, many of which I still follow today. 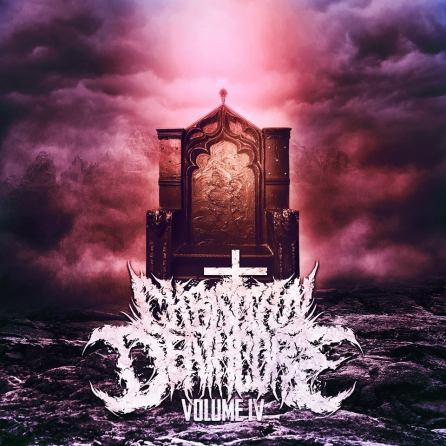 How did you get started with the Christian Deathcore Compilations and now the Facebook page?

Well it’s a bit of a long story, so I apologize for the long read, but it all started when I was around 16 (5-6 years ago). I was getting more and more into the heavier side of music and was trying to find new bands to listen to. I only had a small arsenal at the time and started investing hours upon hours into finding new bands. I started thinking, “Wouldn’t it be cool if there was some kind of list out there that I could just use like an encyclopedia of Christian deathcore and death metal bands,” and that’s were it started. I decided to take it into my own hands to make a list of Christian deathcore bands for anyone like myself to use to find new bands.

At the time, I found out which tools worked best and they were YouTube, Lastfm, and PureVolume. YouTube is obviously still going stronger and stronger everyday and there were a lot of guys sharing underground Christian deathcore music on their channels, such as 7777Disciple7777, slay3rdoom7777777, and H3AVYW0RSH1P777. These guys helped me get a solid list going and were pretty much my YouTube metal idols. Lastfm is still a great radio station that gets overshadowed by Pandora. I will occasionally use it to look through suggested bands, but mainly because it keeps track of artists and songs you listen to. I would spend hours going through the Christian metal tags and suggested bands always finding new ones to add to my list. PureVolume is pretty much dead. It’s still around, but it’s dead and not really good for anything, but same with Lastfm, I used the tags and found a lot of new bands through it.

Once I got a big enough list, I decided to use Facebook as my main source of sharing, because Facebook was gaining lots of popularity at the time and it was being used for a lot of music. I also wanted a Christian version of Total Deathcore, which started a month or two before me and got popular pretty quick. That’s how I got started. Most readers will know of my buddies at Christian Metal Kingdom and All Things Christian Metal. We all started up within a year period and started a network for people who wanted to learn about new and underground Christian metal and hardcore bands.

What was the goal for these comps when you first set out?

I never had the intention of doing compilations when I first started, just a list of bands people can look up themselves. But the summer after I created Christian Deathcore, I wanted to get involved and do more. I just decided one day I wanted to do a compilation and did it.

The goal of the compilations were to not only help people find new bands, but to help the bands find new fans. A lot of the underground bands only lasted an EP or two and then call it quits. I knew the only way to help them keep going was to help them gain a larger fan base (plus every 16-17 year old thinks it’s the coolest thing ever to talk/meet/work with bands).

What was the response, and did it meet/exceed your expectations?

I decided to release the first compilation on Bandcamp for a number of reasons, but mainly so it was more professional and easier to find. Each month you get 200 free download credits and it refills once the 30 day period has finished, so if you run out and you still want your album to be free, you have to purchase them. I released the comp on a Sunday late afternoon and expected my 200 credits to get me through at least the evening church service that I attended at the time, but I was wrong. Once church finished, I learned it ran out within the first hour of releasing. I quickly bought more credits and announced it was free again and by the end of the night, there were over 1,000 downloads. I couldn’t have been happier, because it blew away my expectations. I still use Bandcamp and it’s one of the best sites out there.

Has the vision changed now that you’ve been doing this for a little while?

The vision has definitely changed a bit. Like I stated earlier, my original vision was just having a list out there for fellow Christian deathcore lovers to find new music. That is still a goal I keep in mind, but it’s more about the compilations each year and promoting those bands. Personally, I don’t know what the future holds. I will confirm Volume 5 will happen next year, but I don’t know what will happen after that. Maybe I’ll retire the page, maybe I’ll keep going, maybe I’ll find help, maybe I’ll make hard copies of the albums and merch, never know!

Do artists submit tracks to you or how do you acquire all these songs? Have you developed a friendship with labels?

I originally started out contacting the bands and/or members personally asking them if they were interested. A few bands now will be on top of the game and submit songs to me, but 80% of the time I still have reach out to the bands. It’s a lot of work, but it’s worth every minute.

And I’ve developed a lot of friendships throughout the years with people, bands, and labels and I’m very thankful for them. I still work every year with Rottweiler Records and have a strong friendship with Joshua at SkyBurnsBlack Records doing different things together outside of Christian Deathcore.

Is there a criteria that songs have to meet to be included? Or what do you look for?

The first compilation had no criteria music wise (besides the band playing deathcore/death metal music), but more on the message and how the bands represent themselves. Sure, there are a few bands out there that don’t include all Christian members, but they still spread an amazing message and represent themselves, such as Oh Sleeper. Over the years, I have kept a similar standard, but when it comes to the music, I don’t believe everyone’s music is always ready to be shown to a larger audience. I’ve denied a few people spots on the compilation, because the music and quality wasn’t there yet, so I would encourage them to stay in touch and when there was improvement, I would help them get going.

Why do you think it’s important that Christians are represented and present in this style of music?

My hope is that every musician represents the style they love and enjoy most, but I think it’s definitely important that Christians represent all different styles of music, especially heavier music like deathcore. Not only so believers are able to enjoy music of all styles with a great message, but also for people who have lost all hope in their lives and dwell in the darkest places can hear a truthful and hopeful message as well as find someone they can take shelter in.

What kind of feedback have you received from bands/listeners/haters? (any/lots of stories are welcome!)

Christian Deathcore has received a huge wide variety positive and negative feedback. A lot of bands have thanked CD for a consistent promotional opportunity that doesn’t cost them money or time. Personally, I could make a ‘business’ out of what I do, but I see it more of a ministry rather than a business. I see a lot of Facebook/YouTube promotional communities that reach out to bands and want to charge them to share and post their music on YouTube and social media. There isn’t anything wrong with it, but it’s never worth it in my opinion. If your music is good, you play shows, and work hard; people will find your band.

A lot of people have thanked CD for sharing Christian heavy music that they never knew existed. In my opinion, listening to music with different messages depends on the person’s conviction on whether it affects them negatively or not, which results in a lot people that want to stop listening to bands like I Declare War and Suicide Silence and find new Christian alternatives that have a better message. That’s probably one of the biggest praise CD has received from listeners over the years.

As we all know, anything to do with Christianity, The Gospel, and Jesus will have haters. We won’t worry about them, because trolls aren’t worth our time to talk about. I’m just thankful there are supporters that are willing to spend time with CD listening to awesome music.   There have been quite of bit of stories of meeting some great guys and creating long lasting friendships with band and community members. Some of the greatest memories was working with As Hell Retreats to get Cell Games up for download, Solid State Records on a compilation, and seeing new bands form their sound over the several years. Of course, there have been the sad times that we experience such as seeing bands fall apart and members of the Christian community lose faith and turn away with hatred.

Regardless, I’m super thankful that Christian Deathcore has lasted this long. Keep the future in your prayers as the years go by like clockwork. 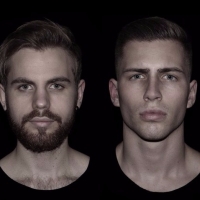