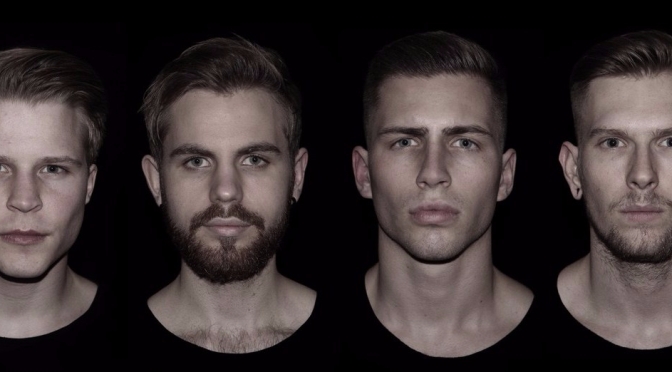 Aerial is a progressive metalcore act out of Norway that has been capturing the attention of heavy music fans worldwide. The band released their debut EP Foresight  in 2016 that has earned an incredible number of online streams. The Aerial guys have been playing all over Norway, and are looking forward to touring Europe soon.

I recently had the opportunity to get to know the band a little better by asking them a handful of questions. Read more below: 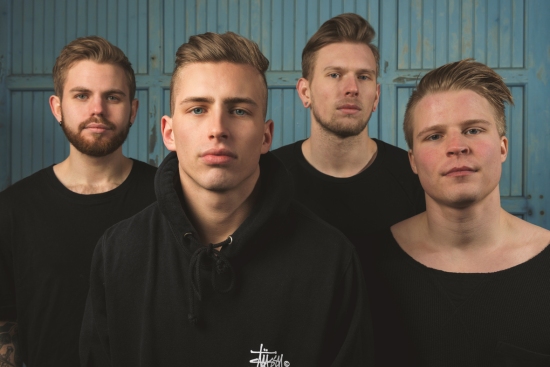 How would you describe Aerial’s sound?

Aerial only formed in early 2015. How did you all start playing together?

Our passion for music started in primary school. We had an amazing music teacher. He inspired us to pick up our instruments and play. We wrote our first little collection of songs in 2004. We would record them in Cubase, print some CD´s and sell them to family and friends. It was a lot of fun. While going into our young youth Markus and Mathias had a duo playing Green Day songs. After a while Josef started to come along and we further developed our sound. We´ve been inspired to play in bands such as Escape The Fate, Motionless In White and Woe, Is Me.

The duo, Markus and Mathias, recruited the brothers Josef and Peter forming the band Aerial. And so our story began.

The “Foreign Coast” video looks great! How has the response been?

Thanks a lot! It´s so crazy to see all the positive feedback. People from all over the world seem to genuinely enjoy the video. The response has been amazing.  We´re really stoked to have such amazing fans cheer us on.

It was a really cool place to film. From what seems like an abandoned building is actually a functional studio, which was really cool. The guys from TreFilm did a great job, and they´re really great guys as well. We drove around to a lot of different locations throughout the days of filming, and in addition to the “Foreign Coast” video we also filmed a lot of extra content that´ll hopefully be released in the future.

Can you tell me a little about writing and recording Foresight?

Foresight was a slow and steady process. We started out writing heaps of riffs, harmonics and breakdowns. We would dive really deep into the dynamics of the songs in our genre, and get to a general idea of how to kind of intertwine everything together.

After some really thorough work we then decided to contact Keaton from Invent, Animate. He joined our team as a producer. Keaton and Mathias worked really close together writing drums and guitar riffs, while Markus gave a lot of constructive feedback to further sculpt our sound. After we finished up with the lyrics and the instrumentals to our songs were done, we decided to get in touch with Jesse from Erra to get the vocals to even greater heights. We finished it off by having Brian Hood from 456 Recordings do the mix/ mastering.

Being DIY is pretty expensive, how does Aerial make it possible?

That’s something so many people don’t think about. Being an independent band is extremely expensive. All our money actually comes straight out of our own pockets, working money we’ve saved for years, and even taken huge loans to make this happen. To get into the market we knew that it was what we needed to do, so we’ve sacrificed every penny to our bands future.

What’s your favorite part of touring/ playing a live show?

Our favorite part is definitely meeting all of the great people and fans out there! Hearing how much we’ve inspired others is also such a great feeling. Playing live when the crowd gets crazy, sings our lyrics is also such an amazing experience.

It was really cool. It´s one of those festivals where people are stoked to go to shows. A lot of kids get introduced to heavy music over there. We played for a packed audience, and it was even our first show, so that was an important part of leaving Norway the month after. It´s a stage we played at is called “The Gym”, and you guessed it. It´s in a gym.

Can you give us some details on your upcoming tour plans?

We´re really excited to be going on tour with a band called John Wolfhooker through Europe in April. Make sure to follow us on FB and IG to keep yourself updated. It will be mapped out very soon!

Any albums or bands you guys are listening to these days?

What else is coming up for the band that we can look forward to? New videos, music, surprises on tour?

There’s going to be coming a lot of new merchandise on MerchNow.com, new songs and visual content. Make sure to keep following us on FB and IG to get to know us better.  We want people to get to know us more as individuals, so there´s going to be a lot of content based on that coming out this year. We´re currently writing new songs and there will hopefully be another music video coming. Cheers, Aerial