Doug Staff from HM Magazine (which played a huge role in getting me into heavy music) – gave Silent Planet’s latest EP, lastsleep (1944-1946) a 5/5 review. He said he hadn’t heard anything like it since August Burns Red’s Messengers,  and “It is, hands down, one of the best five-song releases I’ve ever heard, a perfection of the metalcore genre.”

That’s about all the introduction that Silent Planet needs. Killer musicianship, and -seriously- poetic genius behind the lyrics. Their brand of metalcore is near to their mustache metal friends in Phinehas, though with a bit less shred.

The first song I heard might have been “Everything that Rises Must Converge.” I’m a fan of Flannery O’Connor’s writing, so the title intrigued me. About thirty seconds in, I was hooked – the music was crushing, the vocals had a bit of variety, and the lyrics were so interesting and had such depth. This was the first time I’d seen a metal band that had a ton of footnotes throughout the lyrics.

lastsleep (1944-1946) is definitely worth a listen, even if you’re not a fan of the metalcore genre – Silent Planet are powerful storytellers.

“Tiny Hands (Au Revoir)” is about when German soldiers came into a French village in 1944 and locked everyone in the church and burned it to the ground. By looking to the cross, and jumping an incredible height through a stained glass window, one woman survived, though she was shot eight times protecting her family. Check out the video below.

“Wasteland (Vechnost)”, the bands says, “is written to the desolate tune of post-WWII Soviet Union about the lady who overcame the enmity of a devolving state to become known as “The Woman Who Could Not Die.””

Their Facebook page also took me by surprise. A group of honest individuals that care about their fans, care about the state of humanity around them, and use their band as a ministry and a way to connect with people who just need a listening ear.

One example is of a couple posts surrounding an incident where they were traveling between cities on tour and encountered a situation with a young man on a bridge contemplating suicide. They wanted to help, so they turned the van around. There were already officials on the scene, so they took some time in prayer, and called out to their friends and fans (whom they refer to as “Lovers”) to join them in prayer for the man.

Also, what’s cool is the fairly recent addition of Igor Efimov to the band. Formerly of Behold! The City. I was fortunate enough to have the opportunity to see this band perform in the last couple months before they called it quits. I got to chat with Igor at that show and learned that he is a super chill guy. His band killed it, and he’s a super talented guy so I’m glad to see him rolling now with another band that I totally respect.

One thought on “Silent Planet – metalcore at its brightest” 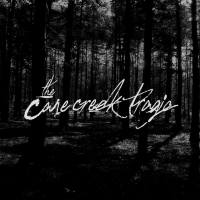 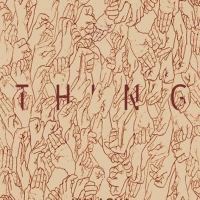