Pennsylvania metal four-piece My Heart To Fear have just released their label debut on Luxor Records. The EP, The Draft dropped on August 26th.

Speaking on the EP, guitarist Dan Pugh explains, “The Draft features five songs that define My Heart To Fear’s sound and evolution over the last decade; the tracks all came pretty organically.” 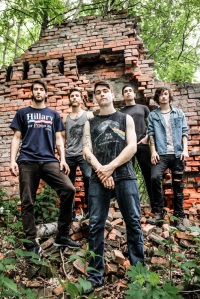 This five track disc is engaging from start to finish. Though a full-length, their 2013 release Algorithm now seems merely a warm-up The Draft. My Heart to Fear has been quiet for some time and make a clear statement with this throat-stomping return.

By the 30 second mark and the punishing vocal and drum attack in the opening moments of “Rent Past Due,” I was already pleasantly surprised and assured that this wasn’t going to be a cookie cutter, formulaic metal album.
The five tracks blaze by in a meld of metal styles, as they utilize gutturals, gang vocals, cleans, and screams to bring the intensity.

The strong guitar line and variety of vocal styles make “The Draft” a serious heavy-hitter. This track is a great example of their dynamic songwriting as it touches on some post-hardcore influences. Even a barn burner like “Years Gone By” has some wonderful clean singing; offering just enough of a reprieve to let the screams and harder vocals retain their power and effectively do the heavy lifting. “If It’s Aliens, It’s Not” shows a mastery of building tension and carrying it through to a fantastic release.

The album is also mixed to perfection. We’re not assaulted with a wall of sound but instead allowed to dive into the intricacies of each drum fill, bass line, etc. The listener can surround themselves in the details of tracks like “You’ve Been Distant Lately.” The vocals on The Draft don’t overpower but add to the richness of each song as another instrument. This musicianship raises the songs to the next level.

My Heart To Fear’s variety in vocals, killer tone, and superior songwriting proves they are still a metal force today. The Draft is taut, faced-paced, and a thoroughly satisfying listen. This record is a promising standout in modern metal. 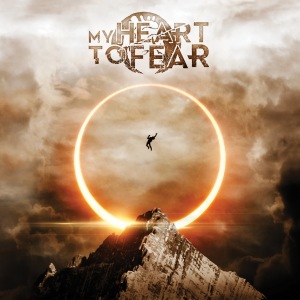 Connect with My Heart to Fear: