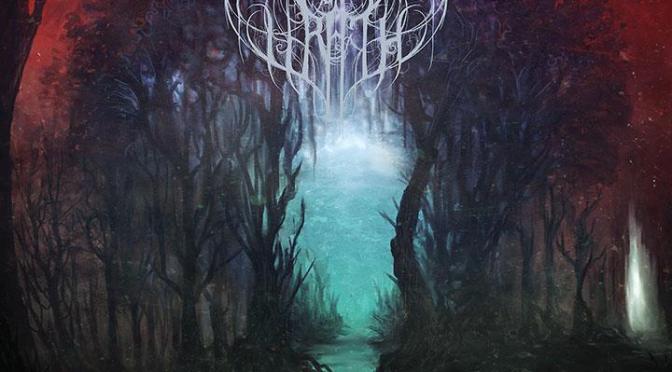 Vials of Wrath is an ambient black metal/death metal project by DC Mills, who is a former  member of Christian deathcore band Bloodline Severed. He left the band in 2009 but wanted to continue making music in the same vein of many of his metal influences. Vials of Wrath is self-described as “for fans of darker, ambient black-metal style music drawing inspiration from nature, but with lyrics from a Christian perspective.”

Days Without Names is the band’s second full-length album written, recorded and produced in Mills’ home studio. The album was first released in Sept. 2015, but continues to make waves as the name Vials of Wrath becomes known in wider circles.

Days Without Names is an ambient metal experience that will make you fear the woods at night. The tracks are long and sprawling, with five of the seven tracks stretching beyond the seven minute mark. Each track feels like a story playing out, and one can imagine scene transitions as tempos/moods/instrumentations surge and change.

Acoustic instrumentals switch to black metal assault as in “The Path Less Oft Tread,” or just the opposite as in “Revival of the Embers” where the acoustics come in to close off the song with the sounds of a crackling fire.“That Which I’ve Beheld” and “Silhouttes against the sun” are both fully instrumental ambient tracks.

“Journey Beyond the Flesh” is a standout track, as if echoing down a dungeon corridor, this track is relentless double bass, scorching vocals, and builds to a  near frenzy. It’s black metal wall to wall until the chaos fades into the sound of birds.

“Burning Autumn Leaves (Under a Harvest Moon)” features interesting and intricate guitar work and layering. “A Cleansing Prayer” is definitely a highlight for me. With the nature influence and complex instrumentation, I imagine this similar to what a Vials of Wrath/Ted Kirkpatrick collaboration would sound like.

Vials of Wrath has produced a black/ambient/death metal gem – a cinematic experience that reaches from calm acoustics to blistering double bass and piercing vocals.

Days Without Names is an engaging album that carries the listener away through hypnotizing instrumentals and  fierce black metal  in one masterful dream-like experience. 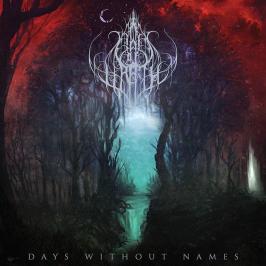 Vials of Wrath is also at work on an all new EP which consists of  “three tracks ranging from melancholic to intensely dark.” The tentative release date is  Autumn 2016.

Connect with Vials of Wrath 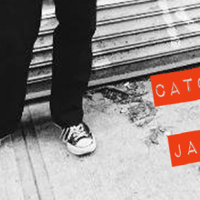 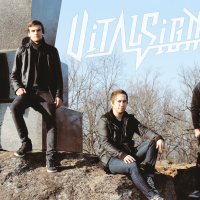