This isn’t just a gang of aging CCM’ers struggling to be remembered – Stryper is a powerhouse of timeless talent. With No More Hell To Pay, the killer new album from these forefathers of Christian Rock, Stryper has brought forth their strongest album to date. This record will undoubtedly shred its way to the top of numerous “Best Of” lists.

“Revelation” kicks things off with that a reminder that Sweet’s voice is as solid as ever – and the whole track just feels like the Stryper we know and love but with a renewed energy. Their more recent releases like The Covering, or Murder by Pride feel like they were the warm up to this main event. Next up is the record’s title track, letting you know that you have stumbled up on a masterpiece. The rest of the NMHTP’s 12 tracks rip it up with soaring guitars and vocals that are signature of the Stryper sound, but with a heavier, darker sound.

A band that’s been around for 30 years will often draws people in because of nostalgia, but what Stryper has delivered in this new album feels new and fresh the whole way through.

This could have been put out mid-80’s and dominated the rock charts – I mean, it’s been showing killer numbers in 2013, when many expect this style of music to be long played out. Michael Sweet’s voice is as powerful as ever, and the tight song writing keeps the album unrelenting in swooping vocals, and solos that would bring out in the inner air guitarist in even the most straight-laced clergyman. Robert Sweet punishes his drum kit the whole way through, driving the band through tracks like “Legacy” and his work on “Water into Wine” can be felt in your ribcage. Gaines’ thick bass tone fills out each song in a syrupy way that cannot be ignored. His playing also remains as useful as ever and with each listen I tend to pick out another bass lick that punches through in a way I hadn’t noticed previously.

In a recent interview Michael Sweet said that at this time they feel like the band is at its strongest; that they are at their peak right now. This all original lineup has given us a full album that powers through with pure locomotive energy.

No More Hell To Pay definitely feels like a follow-up to To Hell With the Devil which many would argue to be Stryper’s best release.

My only real complaint is the song “Jesus is Just Alright.” This is no fault of the band’s – it’s just a song that I’m really not big on (yes, even the DC Talk version. Especially the DC Talk version.). BUT I can’t deny that I like the rockin’ twist they put on it. I’ve never heard anyone shred this in a style that actually makes it a listenable song for me – until now.

The band has a ton of plans for touring in the future and Michael Sweet has a new solo album, I’m Not Your Suicide, and autobiography titled Honestly, both dropping on May 6th.

Keep up with the band at www.Stryper.com 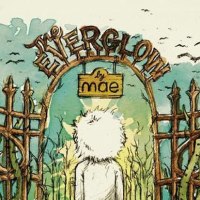